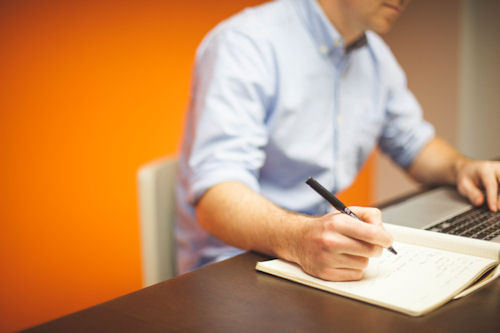 In July, the government announced its Plan for Productivity – for GDP per head to increase productivity has to improve and the government’s plan envisages tackling this through a combination of long term investment and making the economy more dynamic. But businesses too need to improve their productivity and a large part of it will be through increased automation. And finance departments will not be exempt.

Major changes in the world of accounting are inevitable – a recent study in the Economist gave the probability of computerisation leading to financial processing job losses in the next two decades at 94%. So what would the automation of an organisation’s finance function involve?

The day to day work of most finance employees involves a mixture of matching, posting, authorisation and the triggering of actions – making payments, raising invoices etc. Much of this is repetitive and not generally life-enhancing.  By tagging transactions at the start a lot of re-keying and checking of data can be avoided. This is already common in larger companies, particularly for online businesses. But it should be possible for much smaller organisations.

Take a typical manufacturer. In the past, to top up a supply of widgets, the production department would raise a requisition and Accounts would turn this into a purchase order. When the goods arrived, the goods inwards team would approve the goods received note and this would go to accounts payable to be matched with the supplier’s invoice and the purchase order before payment could be made. Now, relatively inexpensive MRP software, such as that from 123 Insight, can automate the requisition and matching processes using bar-code scanners and once receipt of the goods has been approved, payment should become automatic. The need for a room full of purchase ledger clerks disappears.

This will inevitably lead to job losses for a lot of processing staff – obviously tough for those affected in the short term but it’s important to keep this in context. One of my earliest student holiday jobs (about 1978) was in a large insurance company. Most of the ground floor was taken up with rooms full of women (not a man in sight) typing up letters from dictaphones (younger readers, please Google). All these jobs disappeared with the arrival of personal computers. And yet employment since then has gone up from around 20 million to 30 million.

There will also be impacts on senior finance managers. Many of the approval and authorisation tasks previously done by financial controllers and directors will have been automated and as long as the software has allocated everything correctly, a lot of management reporting should also be achieved with minimal human intervention. Same with almost all tax matters. Companies may be therefore be able to reduce their senior finance team.

Those finance managers who remain are likely to require a high level of IT proficiency.  A paper by the Institute of Chartered Accountants ‘The Seven Hats of The FD‘ lists one of those hats as ‘The Engineer’ – the individual in an organisation with the clearest understanding of the systems and procedures underpinning the business.

One FD skill that is highly unlikely to be automated – translating impenetrable financial jargon into language understandable by her non-financial colleagues.