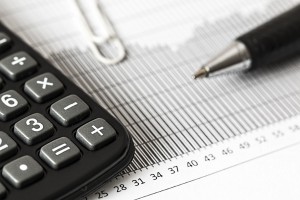 Angel investors, by putting their own money into a business, are taking on risk, but will almost always seek to mitigate this by claiming tax relief through EIS or SEIS schemes, which allow investors to offset their investment against income tax and capital gains tax. The Enterprise Investment Scheme (EIS) gives tax relief of 30% on up to £2,000,000 of investments from individuals. If the shares are held for more than three years, proceeds from a subsequent sale are also exempt from CGT. Tax relief under the Seed Enterprise Investment Scheme (SEIS) is even more generous, with tax relief of 50%, but limited to investments of £100,000 per individual. For companies, the first £150,000 raised will be eligible for SEIS relief, after which investors will only be eligible for EIS relief. Companies will also need to confirm that they have spent the bulk of money raised under an SEIS scheme before they can start raising further funds under an EIS scheme.

Investors will almost always ask if the company has received advanced assurance from HMRC to show that it is eligible for SEIS/EIS tax relief. Gaining this is a moderately complex task, requiring companies to provide copies of their busies plan, articles, details of trading activities, share prospectus and other information to demonstrate that the company is likely to be compliant. HMRC say they will give a response within four weeks of application and my experience is that they usually meet this, but as with the rest of HMRC, it’s run on a shoestring and I have heard stories of applications taking longer.

A change to the scheme in the November 2017 budget was to focus more on ensuring that investments go to companies taking entrepreneurial risks rather than to asset based companies with more-or-less certain returns. Schemes now have to demonstrate that the risk they are taking with an investor’s capital means that the potential for loss is at least equivalent to the tax relief which an investor may claim. This is no covered in the advance assurance process.

One complication which arose during 2018 was a requirement from HMRC for companies to demonstrate that they already had investors lined up – this was to prevent HMRC becoming bogged down with speculative applications for funding which may never happen. However, this put companies in a chicken and egg situation – investors wouldn’t start discussions without advance assurance but HMRC wouldn’t give this without evidence of investor commitment. There are signs that this has been relaxed but be aware it might crop up again.

For companies which have also received grants from the government, one thing to watch for is the limitation of SEIS under de minimis state Aid rules. Companies are allowed to receive grant funding of up to a maximum of £200,000 over a three year period, after which the £150,000 SEIS limit is reduced, which can catch some companies out.

For help with applying for advance assurance for SEIS or EIS, or for assistance in administering schemes, please contact me at chris.budleigh@surreyfd.co.uk